It's our fifth full day in Berlin and today we head off to the Mitte district.  It is home to Museuminsel, or Museum Island as we would say in English.  Not only is this district home to 4 fantastic museums, but it is also home to the Brandenburg Gate, 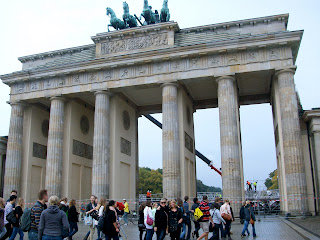 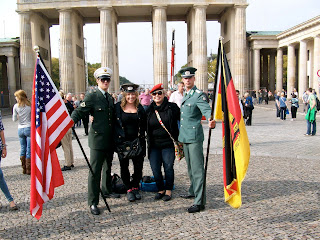 the Reichstag, seat of parliament 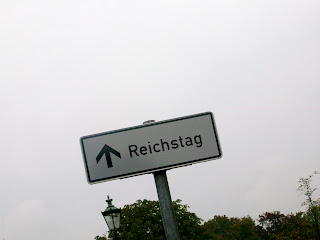 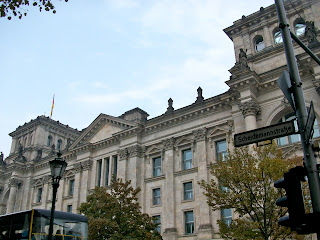 Berliner Dom (known as the Protestant St. Peter's) and 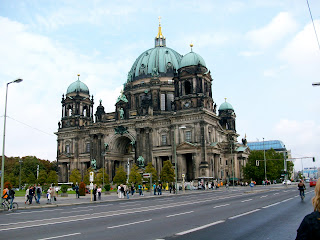 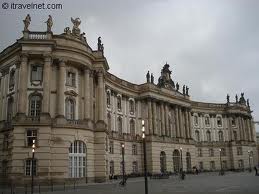 We had to make a choice as to which museums we would tour as it's difficult to take in much more in one afternoon.  So, we started out at the Alte National Gallery.  Here we learned of many notable German artists from the mid-late 19th century.


There were so many more works of art, equally as beautiful as these...but we still had another museum to tour.  It was onward to the Neues Museum, home of the fabulous Nefertiti exhibit. 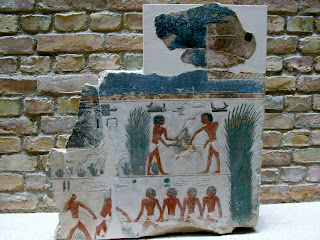 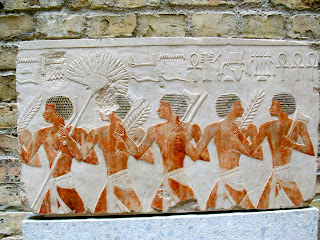 Impressive, to say the very least, we three came away from these museums so much richer for having the experience.  So much walking and thinking made us quite hungry and thirsty, so it was off to Augustiner, an authentic Munich restaurant in the heart of Berlin! 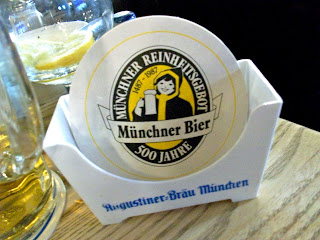 Fantastic meal for the day and now it was time to walk this off, so we headed over to Checkpoint Charlie and more incredible Berlin history. 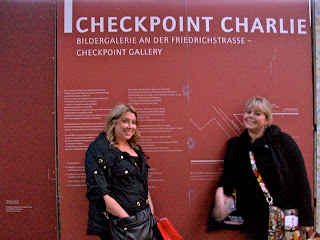 Thank you so much for taking the time to visit and re-live our fantastic journey with me.  I hope you've enjoyed these pictures as much as I've enjoyed sharing them.  It never ceases to amaze me what trials and  tragedies the German people endured in their history.  Yet, they are a beautiful people with an undeniable pride of homeland and self.

Have a beautiful week, and take only "treats," not "tricks!"
xoxo
Karen

Posted by karen hess jewelry at 7:51 AM

WOW Karen...so much to enjoy
thank you for sharing some of your fabulous trip

I am a Munchner Kindl (born in Munich as was my Mutti) ... the potato dumplings and sauerkraut are REALLY calling me :)

Looks like you had great weather too!
Do any of your girls speak any German?
oxo

I had a chance to combine my two loves in life recently and had a two weeks' holiday in wonderful France, to which I had been before, and had loved so much. I took a little Renault rental car and headed off from Paris, to the Palace of Versailles, to Chartres then southward to sunny Provence, via the Auvergne region, with the Songs of the Auvergne playing repeated on the CD player.
Magnifique, comme toujours. I saw many art galleries and followed the footsteps of artists, like poor Vincent Van Gogh.
Back home all too soon, I ordered a canvas print from wahooart.com, choosing this painting by Cézanne, http://EN.WahooArt.com/A55A04/w.nsf/OPRA/BRUE-8EWNWL, to remember my trip by.

Thank you for visiting me! I love company, especially yours. Don't be shy, share your thoughts, dreams, ideas, and musings with me!

Here's a Pretty Button for you