We're closing in on the last two days of our tour of Berlin, and today we're taking the train to  beautiful Potsdam.  Potsdam is a quaint little city about 20 miles southeast of Berlin, summer home of Friedrich the Great and his descendants as well as the site of the Potsdam Conference at the end of World War II.

The train's leaving, so hop aboard with us!
Interesting is that Friedrich was influenced by many different cultures...French, Dutch, Asian, and the Ancients.  Here is a view from the front of the palace looking out to what appears to be ancient ruins...he had them built just for the view! 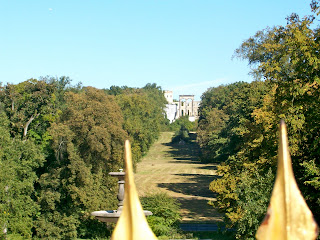 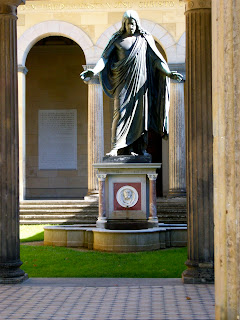 After touring the palace we walked through town where the Dutch influence was apparent. 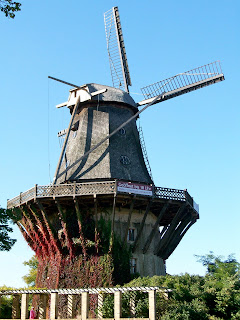 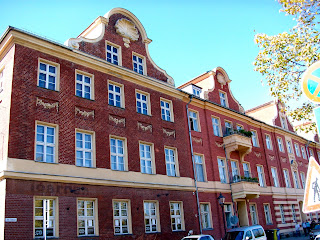 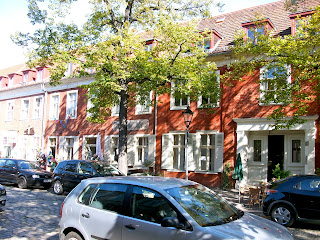 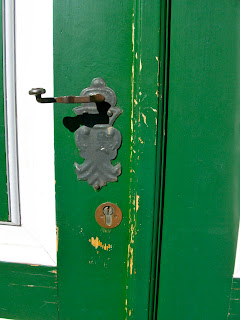 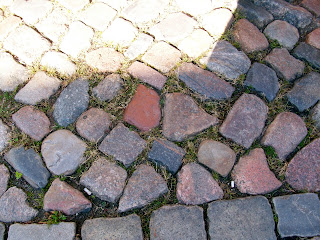 Emperor Wilhelm II of Germany, a direct descendant of Friedrich the Great, erected this palace for his son, Crown Prince Wilhelm of Germany and his wife Duchess Cecilie of Mecklenburg-Schwerin.  The palace was named in the Duchess' honor.


The day was coming to an end and we headed back to Berlin...dinner at the Alt Berliner Biersalon on the Kurfurstendamm...delicious and fun atmosphere! 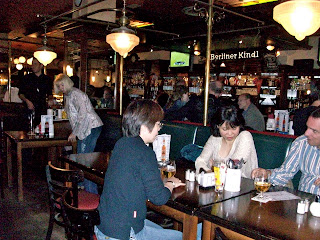 Next Monday I'lll wrap up our trip with Day 7, our last full day in Berlin.  I'm so happy to have you travel along with me as I re-live these fabulous memories.  Thank you for taking the time, dear friends.  Have a wonderful week!
xoxo
Karen
Posted by karen hess jewelry at 8:39 AM

wow karen it looks like you had a beautiful day to visit those lovely places.. the peace church doorway is just gorgeous.. and i love the childrens garden too.. thank you so much for sharing your trip with us.. i love seeing the pictures.
much love and ladybug hugs
lynn

Thank you for visiting me! I love company, especially yours. Don't be shy, share your thoughts, dreams, ideas, and musings with me!

Here's a Pretty Button for you